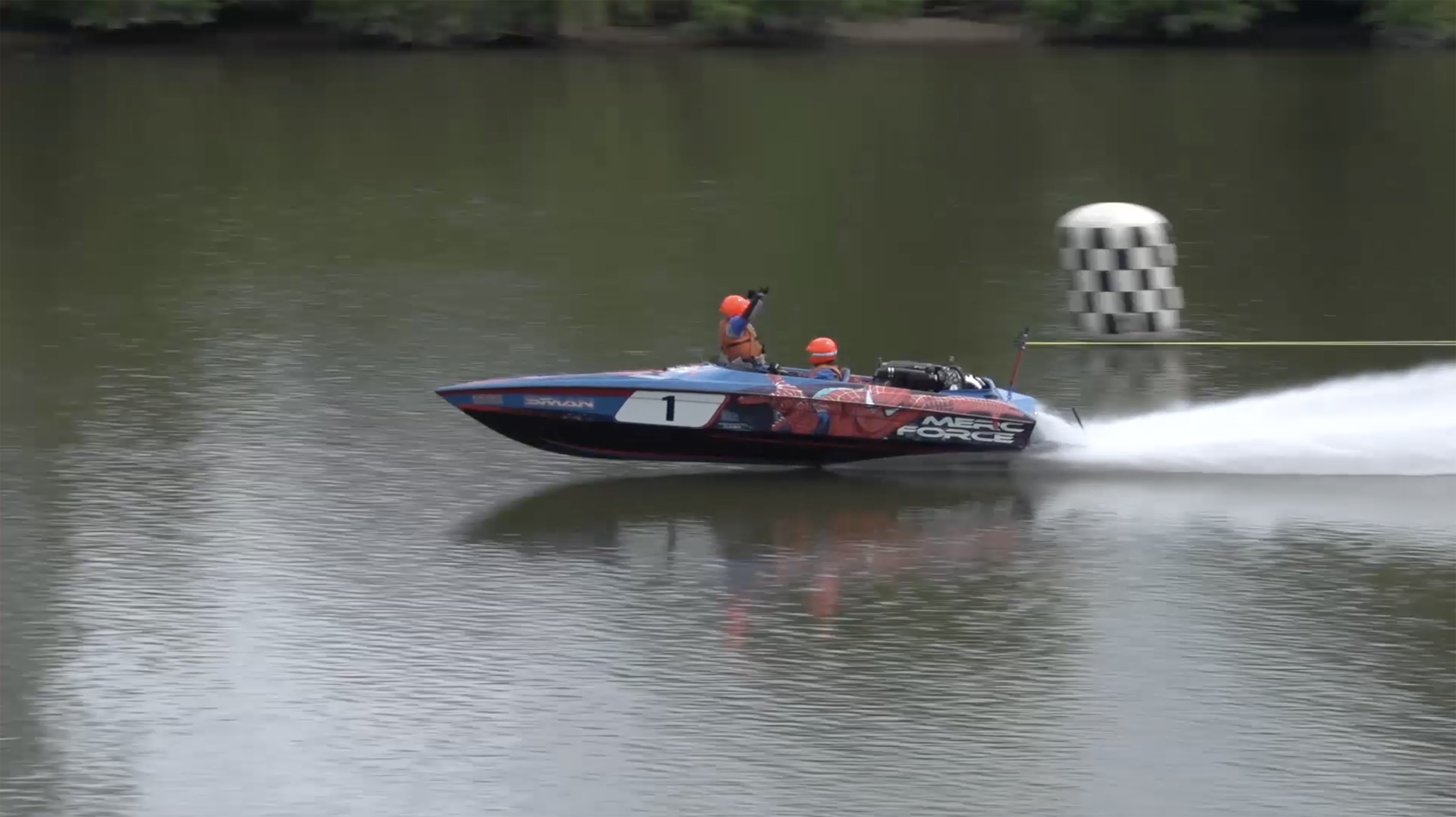 Merc Force has started the new ski race season just like it finished the old – standing atop the podium – after cutting some 26 seconds off the record to claim outright honours in the Sydney Bridge to Bridge classic for the second straight year.

Powered by the unbelievable Mercury Racing 1650 QC4V, which helped Merc Force to four major titles last season, the dominant foursome finished a comfortable 14 seconds ahead of hard-charging Superman in second.

That was far from Mercury’s only success over the weekend, which saw the famous marque claim bragging rights across the board.

In the Unlimited Inboard category, TR had similar success – retaining its title and setting a new record – propelled by a Mercury Racing 1350 QC4V.

Ian Tricker (driver), Ben Clark and Reece Simmonds (skiers), and Nathan Miller (observer) dominated the highly competitive category, finishing in 40 minutes and 50 seconds, more than a minute ahead of the competition and some two minutes better than their winning time last year.

“The Bridge to Bridge is world famous and to walk away with a victory is a real achievement so congratulations to everyone involved,” said Peter Massina from Mercury Racing Australia/New Zealand.

“To win takes amazing talent and teamwork, but it also takes real power below the waterline which is why Mercury engines continue to be so successful – we’ve always been about racing and we always will be.”